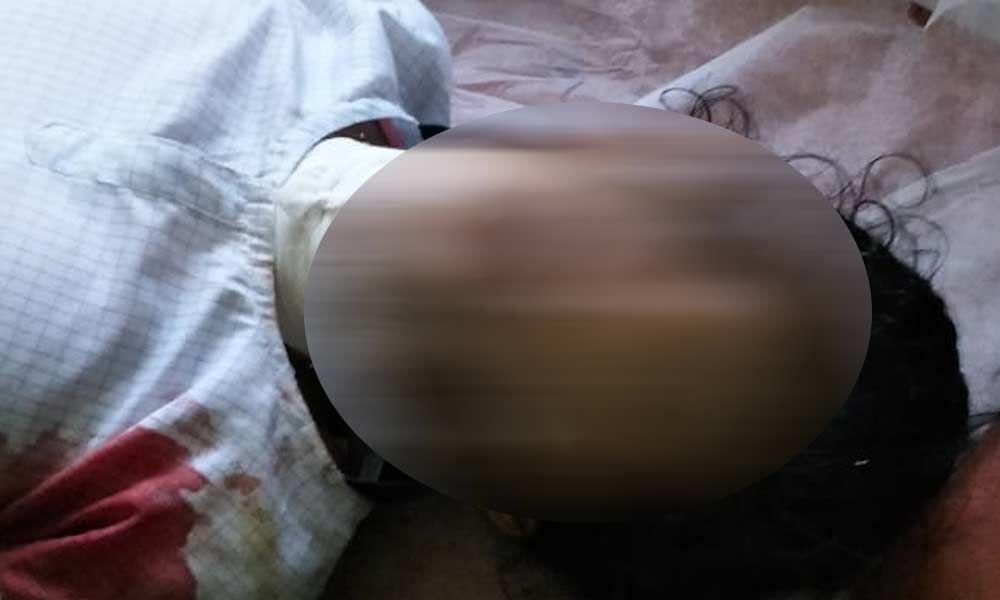 In a ghastly incident, a degree student Bhargavi was brutally attacked by a youth Sai at Anakapalle in Visakhapatnam district.

Visakhapatnam: In a ghastly incident, a degree student Bhargavi was brutally attacked by a youth Sai at Anakapalle in Visakhapatnam district.

The girl sustained serious injuries and has been shifted to the hospital. According to sources, the incident took place near Ramachandra theatre. Soon after the attack, the locals nabbed the culprit Sai, beaten him up and handed over to the police. The condition of Bhargavi is said to be critical.

The offender has reportedly attacked the girl for not responding to his proposal. He has been putting pressure on the girl to fall in love with him. When she denied, he finally attacked her with a knife on the chest and neck.