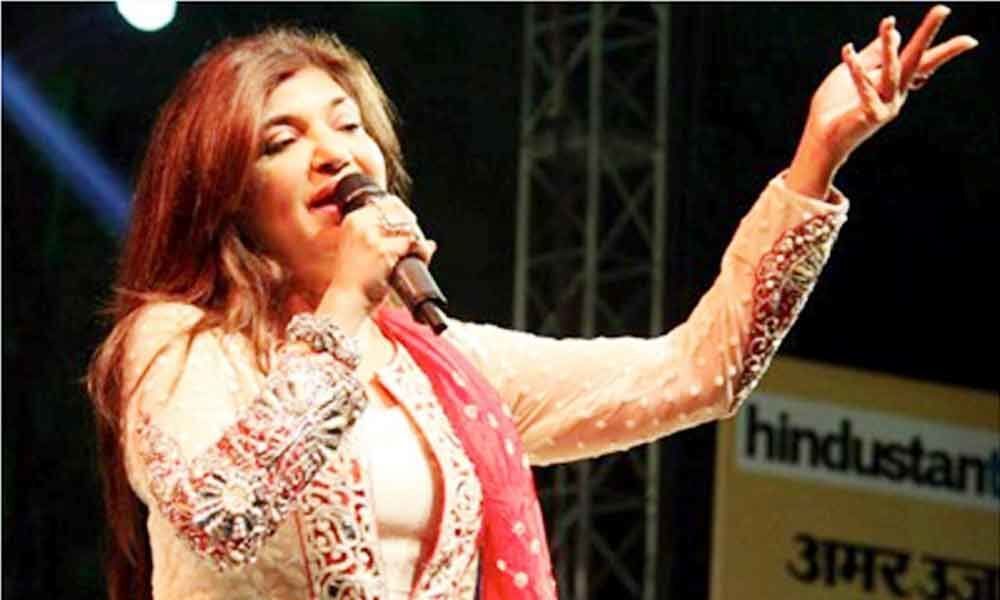 Hindi Film Music of 1990s was dominated by melodious music, sung by the superstar duo of Alka Yagnik and Kumar Sanu.

Hindi Film Music of 1990s was dominated by melodious music, sung by the superstar duo of Alka Yagnik and Kumar Sanu. Theyperformed live in concert at Gachibowli Indoor Stadium, Hyderabad on Saturday.

The blockbuster duo's voices inspired many film creators and music composers, hence giving us a string of innumerable hits individually and together. Their music ruled the musical charts and hearts through the golden era of the melodious 90's.

Alka Yagnik has more than 15,000 songs under her cadre across languages and a journey spanning over three decades.

Alka has been a seven-time Filmfare award winner, a five-time screen awards winner and has also been honoured with two National awards.

Alka has a string of hit songs and to name just a few will not suffice and is also an impossible task.

Alka has lent her golden voice to almost all the heroines, which has had a huge contribution in changing the career course of these leading ladies.