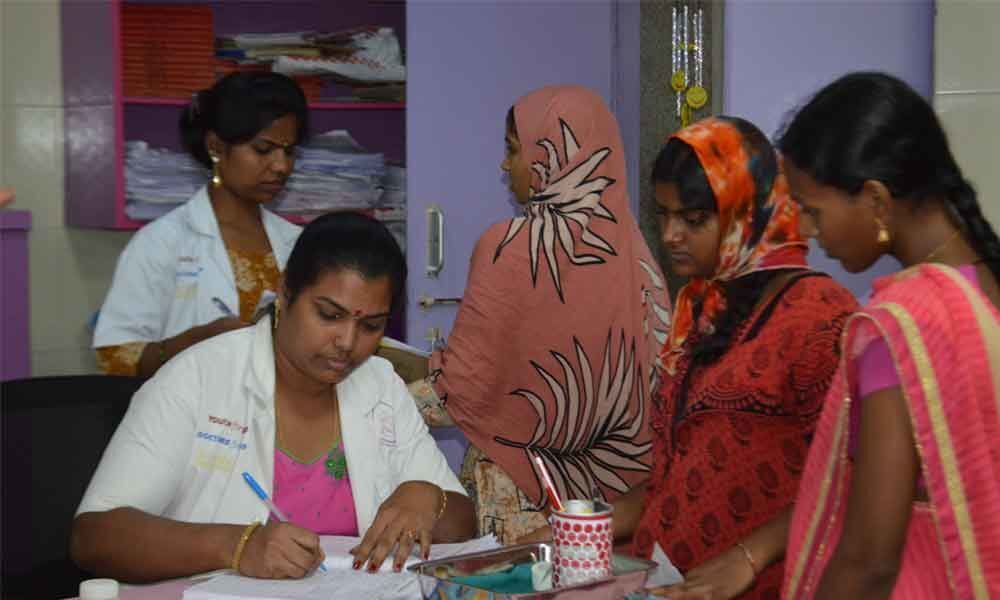 There are more than 18 full-fledged human milk banks working around the country today and trying to ensure access to breast milk for babies. Dhaatri Mother's Milk Bank is the largest among all, feeding newborns, especially low birth weight babies with pasteurized breast milk for the past two years.

"Given the capacity of the hospital, we are in need of expanding the facility. We started collecting milk from outside. Currently we provide milk only to the patients at Nilofour Hospital. And to those babies who are below 1.5 kgs," says Dr Santhosh Kumar, the founder director of Dhaatri,

The milk bank is open from 8 am to 6 pm. Though there are day to day running costs - to maintain the equipment, storing breast milk, analysing donor mother's blood samples etc - we collect and donate milk free of cost, she informs.

Breast Milk has been shown by many research studies to be the absolute best food for babies. Mother's Milk is the safest and the healthiest food for a baby as it gets easily digested and provides all nutrients that a baby need. It is a baby's first vaccine, the first and the best protection they have against illness and disease.

In the year 2015-2016, Niloufer had seen a substantial number of neonatal deaths: both, in-born as well as out-born admissions. This was later found to be due to asphyxiation, lack of proper feeds, etc with a number at an alarming 1700 neonate deaths out of a total of 16000 neonatal admissions in that year.

After due deliberations with domain experts, it was decided to establish a mother's milk bank, which could prove to be vital to save neonates.

"Mother's milk bank, Dhaatri" stems from the thought that newborns deprived of their own mother's milk can be given donor mother milk.

It is a donor milk bank and also a Comprehensive Lactation Management Center (CLMC). It is only of its kind in Telangana & Andhra Pradesh. It gives the mothers a chance to donate their excess milk and help babies in need.

The services offered at the milk bank include Selection of carefully screened donors, collection of milk, pasteurization, freezing and distribution of milk; Counseling to mothers about proper latching techniques, motivating to donate excessive milk. treatments and massages for sore, cracked, inverted nipples and engorged breasts.