Fourth estate: From informer to propagator 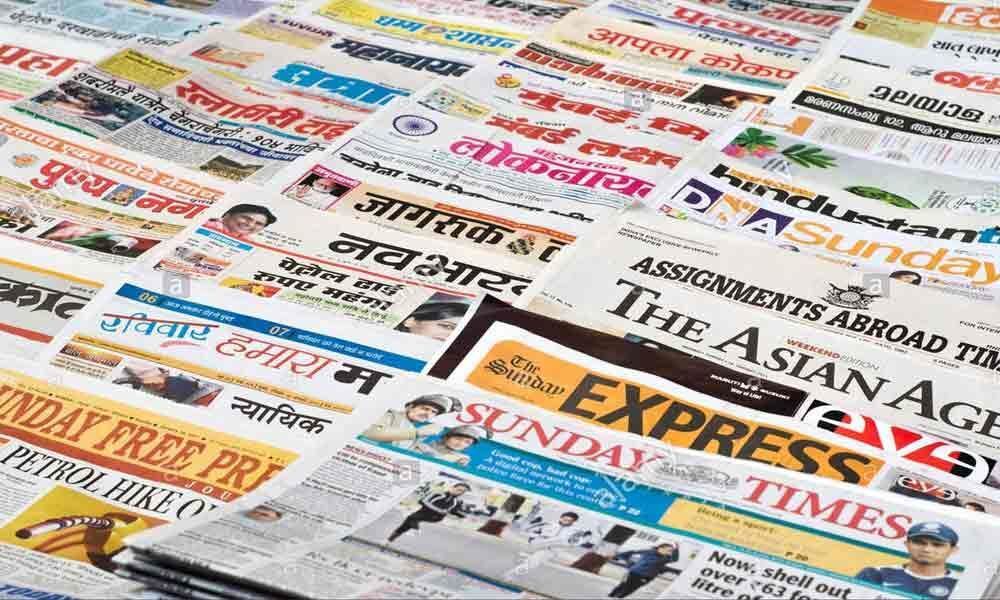 1984. This columnist's service course-mate, K S Sarma was working as Commissioner (Information and Public Relations) in the (then) Andhra Pradesh...

1984. This columnist's service course-mate, K S Sarma was working as Commissioner (Information and Public Relations) in the (then) Andhra Pradesh government. During a ceremonial reception to a visiting VVIP at the Hyderabad (then Begumpet) airport, the then Chief Minister N Bhaskara Rao introduced Sarma as "the Propaganda Commissioner"! The fundamental difference between propaganda and healthy awareness generation has rarely been recognised even at the highest levels, either in governments or the corporate sector.

To be interested in the developments in the environment in which one lives is a natural trait of human beings. Communication with fellow beings is an important feature of life. Every person feels the need to learn about the happenings in the outside world.

From primitive times to this day, humankind has evolved an impressive array of communication systems. It has now reached a stage where similar feelings can be aroused, in millions of people simultaneously, with the advantage of information technology.

Time was when satisfying one's hunger for news on a daily basis was enough. That is where the newspaper filled the bill. It originated in China as a 'bulletin' and, with the invention of the printing press and paper, subsequently spread to Europe. Essentially N E W S is supposed to cover North, East, West and South, with each letter representing one direction respectively.

'The Bengal Gazette' was the first newspaper to be published in India in 1779 by James Augustus Hicky. The publication is still remembered as "Hicky's Gazette". The censorship, and the strict punishment that followed violation of its mores, discouraged the emergence of newspapers during the British rule until James Buckingham, in 1811, started the "Calcutta Chronicle". Soon thereafter, in 1822, Raja Ram Mohan Roy, the social reformer, started 'Sambad Kaumudi'.

It was Lord Wellesley, who in 1799, brought in the Press Censorship Act to prevent the French from publishing anything harmful to British interests. Throughout 1799, 1818 and 1823, the colonial administration enacted several Acts to regulate the press in the country.

The legislative outlier during this period was the Press Act of 1835, better known as the Metcalfe Act, which introduced a more liberal press policy. This lasted till the revolt of 1857, after which, a perturbed British administration, shaken by the mutiny, introduced the Licensing Act 1857.

It gave the colonial administration the powers to stop publication and circulation of any printed material. Therefore, 1857 is known as the year of emergence of journalism in India. The Vernacular Press Act was brought in 1876 and one saw the beginning of ownership of newspapers by Indians. Thereafter the newspaper worked as a mouthpiece of the freedom struggle. Today the Indian newspaper industry is one of the largest in the world.

Newspapers also serve the important purpose of acting as an interface between the government and the public. It is not unknown, for instance, for governments to let out, in advance, and through a trusted set of sources in the media to obtain feedback about steps proposed to be taken.

Such is the trust reposed in the media, by the government and the public. Based on the response to the 'inspired leak', governments later take informed decisions on the proposed steps.

Then, with the radio, came more frequent bulletins, carrying news from around the world. And now, we live in a world where news is available literally on a minute to minute basis. As it breaks, as a matter of fact.

Each newspaper has an e-version. The radio and television have channels dedicated to news, apart from which there are websites and portals dedicated to continuous dissemination of news as it pours in from different corners of the world.

The newspaper today is a proud institution in Indian society. While performing its basic function of providing information, education and entertainment, it is also able to serve as a watchdog, in addition to being a vehicle of persuasion. One significant fact is that, despite the emergence of such fierce competition, newspapers remain a vibrant, and sought after, source of news even to this day.

They appear to have convincingly disproved the conventional- wisdom-driven popular belief that newspapers have short and well–defined shelf lives. In other words, the distinct borders that separated the various types of media are no longer there. Side-by-side, technology hurdles no longer exist, and products can be made for use by various outlets such as computers, tablets, e-readers, mobile phones, TV screens, outdoor boards, radio etc.

The media have been rightly described as the fourth pillar of the Indian Constitution, a valuable agent to the three wings of the state namely the legislator, the judiciary and the executive.

No matter what the medium, print, electronic or the internet, what the audience look for is authentic and reliable news or information. And here lies the rub. All instruments of communication are, after all, owned by some individual or institution. And the owner would usually subscribe to a political persuasion and, often, also a religious faith.

Naturally enough, the presentation of the information or news would be informed by a subtle influence of this set of values arising from such considerations. This, in itself, is not a matter of great concern.

Journalistic ethics has always remained central to the newspaper industry with the reader valuing impartiality, neutrality, and objectivity on its part, despite the inherent difficulty in reporting without political bias.

In fact, the common feeling in the world of news diffusion is that, while a fact is sacred, a comment is free. In other words, while news is easily presentable, it is in the formulation, and communication, of news that the media have to practice restraint and maturity.

There are, however, instances where powerful interests use the impact of the medium under their control over the audience to mould the latter's opinion in such a manner as to serve their purposes, which may not always be entirely honourable. One reason why one goes to trusted and familiar sources for dependable news.

This is where the exercise crosses the thin line of distinction between the conveyance of news or information and propaganda informed by ulterior motives. In recent times, however, the scourge of tabloid journalism has also taken birth, and is led by the motto "if it bleeds, it leads".

(The writer is former Chief Secretary, Government of Andhra Pradesh)