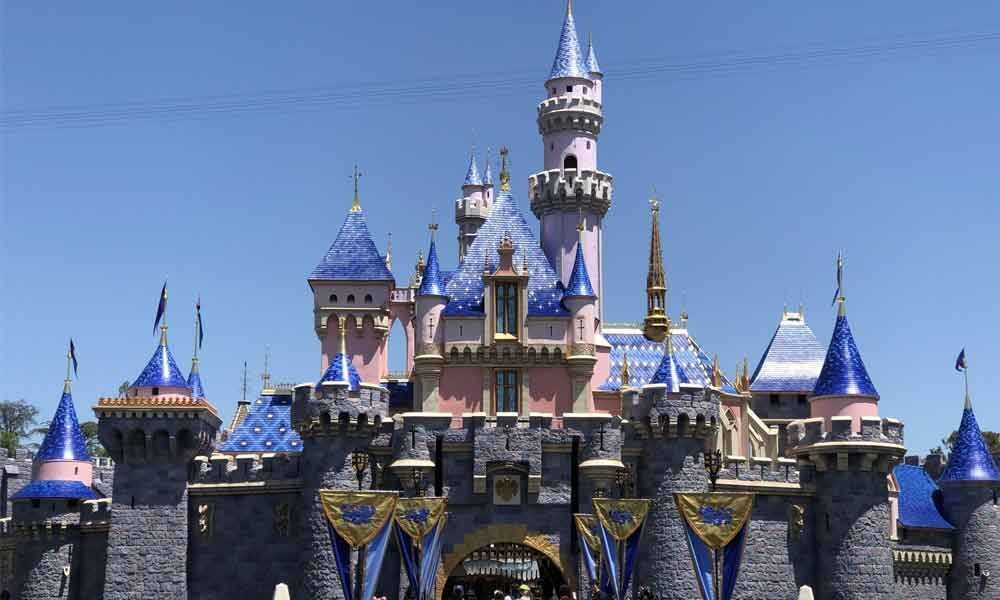 Mickey Mouse and his gang of cute toons have company on Planet Disney, and their new friends aren't fairy tale princes and princesses.

Mickey Mouse and his gang of cute toons have company on Planet Disney, and their new friends aren't fairy tale princes and princesses. The world's favourite studio for family films just let in R-rated superheroes as well!

The Walt Disney Company is rebuilding its kingdom by introducing bolder icons, diverse storylines and embracing innovative technology. The idea is to weave all of it to weave a timeless entirety that accommodates tastes of children as well as adults.

Comic book superheroes, new arrivals in the Disney zone, would make you do a rethink if you still hold onto the notion that the studio is only all about children's fun-fare.

From introducing the first Muslim superhero with Ms Marvel to adding power of She-Hulk and Moon Knight to its slate to teasing fans with zombie Captain America, the recent D23 Expo gave a sneak peek into Disney's plan to expand into a territory one never quite associated with the studio.

There's more. Disney will facilitate Peggy Carter's picking up the shield to become Captain America and Wakanda king T'Challa becoming Star Lord in "What If...?", as well as the action-packed avatar of "Black Widow".

Experiments you never associated with Disney are also in the offing - for instance, the idea to blend the style of classic sitcom with "WandaVision". Not to forget the ongoing tussle between Disney and Sony over Spider-Man.

"We have completely reorganised and repositioned the company for the future," said Disney Chairman and CEO Bob Iger as he got on the stage to host the 2019 Disney Legends Award ceremony in Anaheim last week.

He was signalling at the acquisition of 21st Century Fox and upcoming streaming platform Disney+.

Some find the pace of change daunting, frankly we find it exhilarating. It inspires us to be more innovative and raise the bar higher...There has never been a better time to be a Walt Disney Company," Iger said.

It is important to note that Iger has been driving the change for the company, founded in 1923 by brothers Walt and Roy O Disney. He joined the company in October 2005, and since then has sealed landmark deals by acquiring Pixar, Marvel, Lucasfilm and 20th Century Fox.

After enjoying a successful decade with kiddie entertainers including "The Lion King", "Aladdin", "Pocahontas", "Lilo And Stitch", and also reaching out to young adults with stuff like "Pirates Of The Caribbean", Disney struggled to find pace due to setbacks that came with "The Country Bears", "Snow Dogs" and "HomeOn The Range". That's actually when the wave of reinvention swept into the company.

The Disney family expanded with mergers, which sometimes introduced new worlds, and sometimes took the audience to faraway galaxies (the "Star Wars" universe).

The company acquired fictional universes that would let it expand its content base in all directions, to chart a greater success story. New characters also allowed fresh opportunity to set up new theme parks, launch new merchandise and chart new terrain in the gaming arena.

Since the beginning, Disney was a place for children - thanks to its animated projects. Disneyland brought together the kids with the older generation by offering a ride into their fantastical world. But Disney was missing the link to connect with the young adults.

That's when they decided to launch Marvel's "Iron Man" in 2008 with Robert Downey Jr, who was going through a tough phase due to his struggle with drug abuse and stint in prison. The film kicked off the phase one of the Marvel Cinematic Universe.

There was no looking back since then, as Marvel films became big blockbusters, with "Avengers: Endgame" ending the decade-long reign of "Avatar" as the world's highest-grossing film of all time. The company wants to continue walking on the same path because it is reflecting well on the profit charts.

"I'd like to congratulate The Walt Disney Studios for reaching $8 billion at the global box-office so far this year - a new industry record - thanks to the stellar performance of our Marvel, Pixar and Disney films.

The incredible popularity of Disney's brands and franchises positions us well as we launch Disney+, and the addition of original and library content from Fox will only further strengthen our direct-to-consumer offerings," Iger said in the company's earnings report released last month.

In fact, the storylines have also been infused with more mature themes. In "Frozen", for instance, a powerful heroine was introduced. The Disney princess is no more the damsel in distress, and female characters have found courage to follow their dreams.

Also after introducing a superhero of African descent with "Black Panther", Disney have set the stage to launch the first gay superhero.

Now, they are pepped up to take forward the legacy of "The Simpsons", "Deadpool" and "Avatar". Alan Horn, co-chairman and chief creative officer of The Walt Disney Studios, promises more adult twists to the Disney story.

"With Fox, we can make movies that right now I say no to. Take 'Bohemian Rhapsody', which is PG-13. It's a hit movie and very, very good. But there's no way we could make it under the Disney label because the characters smoke cigarettes and other content," Horn said in an interview with The Hollywood Reporter.

New characters and heroes might be shining bright in the Disney world, but they haven't forgotten their roots.