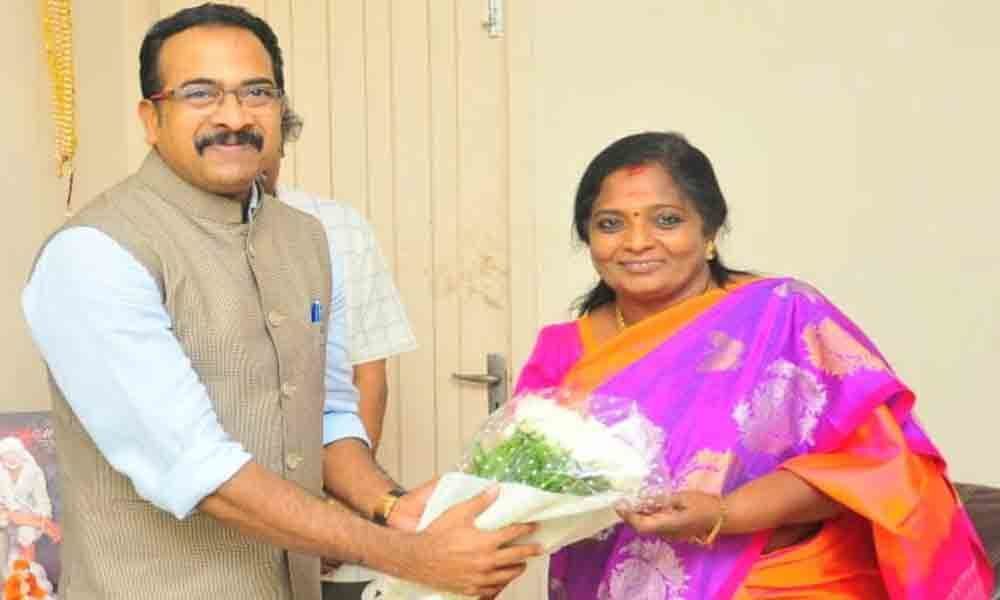 The Sarkaria Commission in its report in October 1987, suggested that the Governor should be a person of some eminence in some field and should be a...

For a democracy, if it has to be vibrant and relevant to the contemporary times, introspection is a must. In the ever-changing scenario of needs, desires, values, demands of the society, the Constitution of any democratic country cannot be static. It should be alive, dynamic and keep on changing itself to suit the present-day conditions. Perhaps, this is the reason, why more than 100 amendments were brought to the Constitution of India since it was first enacted in 1950. This principle holds good even for the institution of Governor in Indian polity especially in the context of appointment of Governors to five States recently. Some Constitutional experts are of the opinion that the spirit of cooperative federalism is missing in these appointments and there is a need to appoint apolitical Governors.

Ever since the creation of the office of the Governor as the pivot of Indian federal system, it has remained a controversial one. Governors today are being derogatively called as the agents of the Centre. The issue becomes more relevant with the appointment of nine new Governors in the recent past since July. When the controversy over the institution of Governor became a nation-wide debate in the early 80s, the then Union government appointed Justice Sarkaria Commission to prepare a report.

The Sarkaria Commission in its report in October 1987, suggested that the Governor should be a person of some eminence in some field and should be a detached figure with little record of participation in the local politics of the State. He or she should be a person who has not taken too great a part in politics generally and particularly in the recent past of his or her appointment. It is desirable that a politician from the ruling party at the Centre should not be made the Governor of a State run by another party. It should be ensured that there is effective consultation with the Chief Minister of a State while appointing a Governor in that State. None of these are apparently followed.

Against this backdrop, it may be appropriate to compare the institutions of Chief Minister and Governor. Chief Minister in our country is the democratically elected head of government of a State and is vested with all executive powers. He or she is elected by legislators of the party or coalition, commanding majority in the State Assembly. According to Constitution, the Governor is only a namesake head of the State and his or her role is just ceremonial, whereas the real power lies with Chief Minister.

Governors of the States have more or less similar powers and functions at the State level as that of the President of India at Union level. One exception is, that, there cannot be a President's rule at the Center whereas President's rule or Governor's rule may be imposed in a State when it is allegedly felt that the State cannot be run in accordance with the provisions of the Constitution! This provision was frequently abused.

Though the Constitution says that, the Governor, who is appointed by the President for a term of five years enjoys many different types of powers, the Executive, the Legislative and the Discretionary, the spirit of the Constitution envisages that these are titular in nature. The Governor appoints the Chief Minister, but only such a person, who enjoys the support of the majority in the Assembly. Like the British monarch, Governor can do no wrong in this. The Governor also appoints the other members of the Council of Ministers and distributes portfolios to them only on the advice of the Chief Minister.

The Council of Ministers remain in power during the pleasure of the Governor, but in the real sense it means the pleasure of the Assembly. He makes many more constitutional appointments, but these powers are formal and the Governor while using these powers must act according to the advice of the Council of Ministers headed by the Chief Minister. When the State legislature is not in session, the Governor can promulgate ordinances, but, only on the advice of the Chief Minister. As long as these systems continue without hindrance, the spirit of the Constitution is upheld, but, if it is otherwise, it becomes a mockery as happened in number of instances in several states by political Governors. From time to time, the role of Governor has made people feel that they are living in a very fragile democratic realm, which can be shaken effortlessly by the Governor. It is a well-known fact that the Governors played a dictatorial role many a time and transcended all the democratic limits. Different political parties have misused the role of the Governor at different times for their partisan interests, thus proving that Indian society has yet to achieve the State of political modernisation and political culture.

There were many constitutional debates about the institution of the Governor. Some people wanted popularly elected Governors. The drafting committee of the Constitution however decided that the Governor would be appointed by the President. As a result, different parties manipulated the appointment of the Governor on the one hand, and on the other, Governors started following the command from the Central government in order to make the Centre happy in anticipation of gaining higher political positions. Since Independence no party in power at the Centre was an exception to this.

Central governments misused the institution to fulfill their political interests.

While the President of India is elected by the representatives of the people, namely the MPs, MLAs, the Governor is merely appointed by the President on the advice of the Prime Minister. Like that of the President, the Governor should also be elected by members of both Houses and also by ZP Chairpersons. If it has to be an appointment, then, on the lines of appointment of a Judge to the Supreme Court by the President on the recommendation of the collegium, apolitical Governors should also be appointed with a similar process. The collegium may include the Prime Minister, Chief Minister of the concerned State, the Supreme Court Chief Justice and at least two constitutional experts of impeccable character, all with veto power. The key issue concerning the office of the Governor today is one of rehabilitation. The problem of role differentiation is taking place largely on account of one-party dominance, which assumed such serious dimensions today as to become a case of crisis of confidence in the political system itself. Though, the Supreme Court has expressly laid down that the Governorship is an independent constitutional office, which is not subject to the control of the Government of India, it is seldom observed in practice.

Let the appointment of Governors not be a process of political rehabilitation for the party in power at the Centre as reflected in the recent appointments under the present dispensation. It's high time we make necessary changes in the Constitution and do away with the old practices? The sooner, the better.