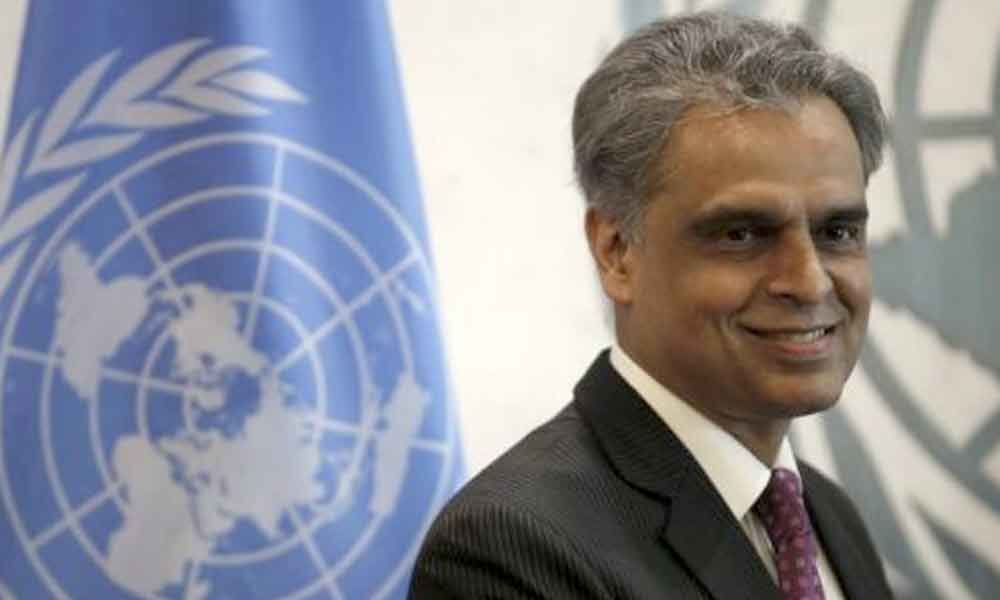 One of the Pakistani journalists had asked, 'When will you begin a dialogue with Pakistan?'

UNITED NATIONS: On Friday, Syed Akbaruddin, the Ambassador of India and Permanent Representative to the United Nations, extended "the hand of friendship" by making a symbolic gesture to Pakistani journalists.

After speaking with the representatives of China and Pakistan, Mr Akbaruddin interacted with the media. He had first asked three Pakistani journalists to shoot their questions.

One of the Pakistani journalists had asked, "When will you begin a dialogue with Pakistan?"

Mr Akbaruddin stepped away from his podium, walked towards the senior Pakistani reporter and shook his hand, saying, "Let me begin by coming across to you and shaking your hands."

He went on to shake hands with two other Pakistani journalists. "Let me tell you, we've already extended our hand of friendship by saying we are committed to the Simla Agreement. Let us wait for a response on that from the Pakistani side," Mr Akbaruddin added, while walking back to the podium.

Mr Akbaruddin said that, the government is committed to gradually remove all the restrictions imposed in Kashmir and the steps towards normalcy are being undertaken by the government.