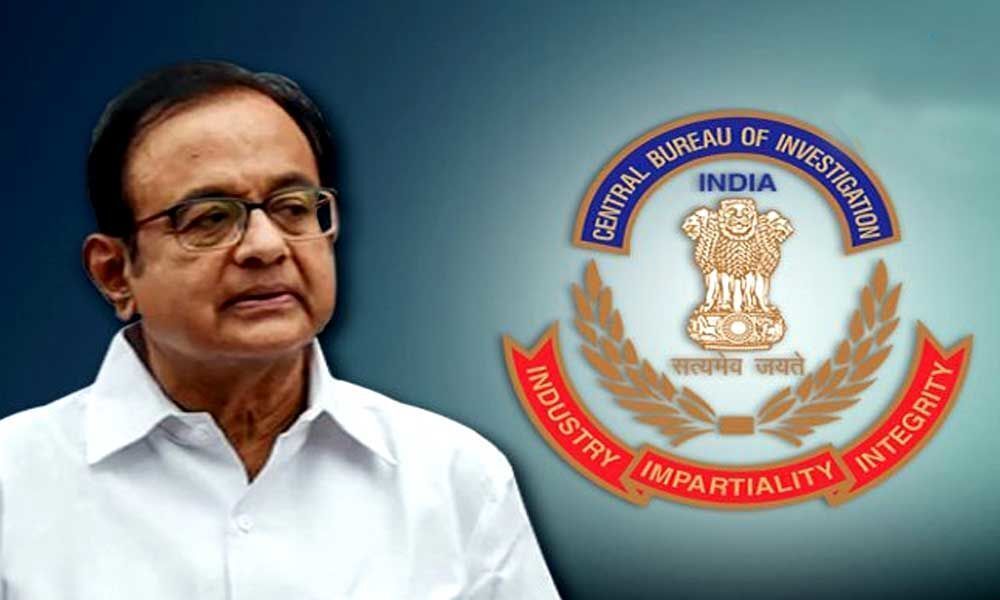 After a dramatic sequence of events through the evening that culminated in the arrest of former Finance Minister P. Chidambaram by the CBI, the senior...

New Delhi: After a dramatic sequence of events through the evening that culminated in the arrest of former Finance Minister P. Chidambaram by the CBI, the senior Congress leader spent an almost sleepless night at the agency headquarters as he was quizzed on Thursday about his involvement in the money laundering and corruption related to the INX Media case.

Officials close to the investigation, requesting anonymity, said that Chidambaram's formal questioning started after 12 a.m. with CBI Director Rishi Kumar Shukla himself present in the headquarters along with all top agency officials. Most of Chidambaram's answer has been "ambiguous", many not "clear" and some "unanswerable".

It is the same CBI headquarters building which Chidambaram inaugurated in 2011.

After CBI and ED officials scaled Chidambaram's Jor Bagh residence walls and arrested the former Union Minister, he was examined by doctors from the Ram Manohar Lohia Hospital once he arrived at the CBI headquarters.

The 73-year-old senior leader, the source said, was first offered food by the CBI, which he refused, following which the crucial questioning began -- the list had 20 questions related to the case that included his meeting with Indrani Mukerjea, co-founder of INX Media.

Indrani, currently in jail for allegedly murdering her daughter Sheena Bora, has turned approver in the case and the case against Chidambaram and his son Karti Chidambaram has been built on her statement, said sources.

The agency asked how does he know Indrani and her estranged husband and former media baron Peter Mukerjea.

It is learnt that Mukerjea has told the Enforcement Directorate that Chidambaram instructed them to help Karti in his businesses in exchange for the approval for foreign investment to INX Media.

She is reportedly has informed the agency that the names of two firms -- 'Chess Management' and 'Advantage Strategic' -- were discussed as possible conduits for payments to Karti in return for regularizing alleged irregularities in foreign investment to INX media, the source said.

Chidambaram, who has been held on the ground floor guest house at the headquarters, was also asked about the alleged kickbacks received by his son Karti in exchange for allowing INX Media, a television company, to receive Rs 305 crore as foreign funds in 2007.

The seven time Lok Sabha MP and now a Rajya Sabha member, was asked whether the companies where the money was transferred to were under his son's control?

The CBI, of course kicked off the process posing Chidambaram with -- Why was he trying to hide, if he was using any other mobile number, and whom did he meet during that time since the Delhi High Court rejected his anticipatory bail plea on Tuesday and his plea in Supreme Court was later deferred for Wednesday.

Chidambaram was asked why didn't he appear before the investigating agency even after a notice was pasted at his residence on Tuesday evening.

The Congress leader was asked about the number of shell companies that belong to him and his son Karti.

The CBI sleuths asked why did Karti receive money from British Virgin Island.

Chidambaram was asked where did money come from for purchase of Barcelona Tennis Club and the properties in UK, Spain, Malaysia?

As the night's questioning came to a close the other questions posted were related to INX media and shell companies.

The Round-2 of questioning with Chidambaram started at 8 a.m.

The Congress leader was asked several other key questions related to the case but the sources said that Chidambaram's answer in most of the questions were "ambiguous", many were not "clear" and some "unanswerable".

The Congress leader is likely to be produced before a special CBI court Thursday afternoon.

The case relates to an FIR registered by the CBI on May 15, 2017 over alleged irregularities in the Foreign Investment Promotion Board (FIPB) clearance provided to INX Media for receiving overseas funds to the tune of Rs 305 crore in 2007, when Chidambaram was the Union Finance Minister.

The ED had lodged a money laundering case in this regard in 2018.

The Enforcement Directorate and the CBI are probing how Chidambaram's son Karti Chidambaram managed to get FIPB clearance in 2007 when his father was the Finance Minister.

Karti was arrested on February 28, 2018 by the CBI for allegedly accepting money to facilitate the FIPB clearance to INX Media. He was later granted bail.

His chartered accountant, S.Bhaskararaman, was also arrested and released on bail later.