Chandrayaan-2 in its second orbital manoeuvre in lunar orbit 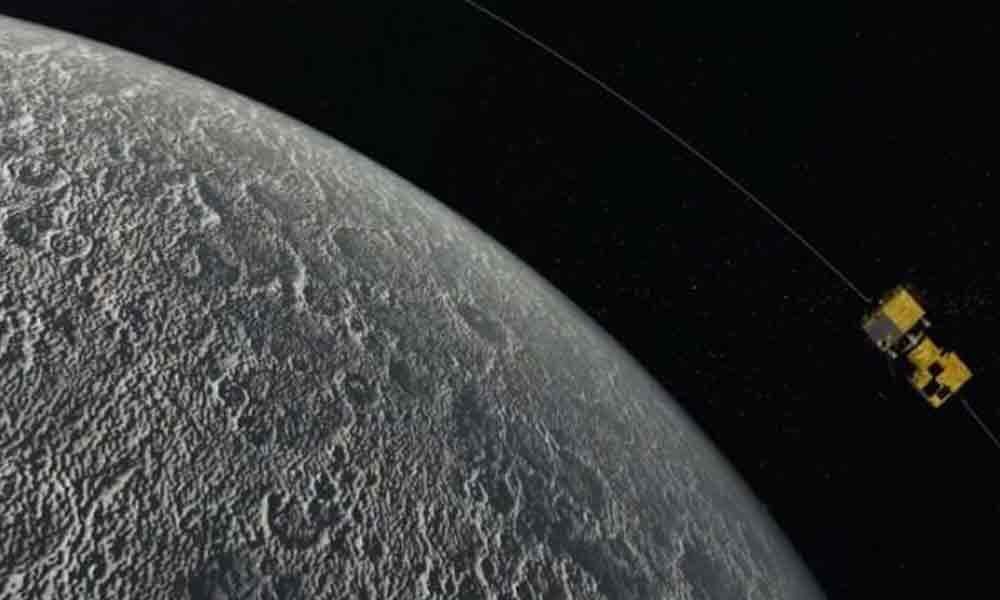 It lasted about 20 minutes, during which time the spacecraft was brought closer to the lunar surface. The spacecraft entered lunar orbit on Tuesday, after a week sojourn from its lift-off.

The Chandrayaan 2 spacecraft entered the moon's orbit on Tuesday morning after executing one of the trickiest manoeuvres on its historic mission. The next manoeuvre in the lunar orbit is on August 28, Isro said. "Second lunar-bound orbit manoeuvre for Chandrayaan-2 spacecraft was performed successfully today," ISRO tweeted.

The space agency said all the parameters of the craft are normal. The series of orbit manoeuvres will enable Chandrayaan-2 to enter its final orbit passing over the lunar poles at a distance of about 100 km from the Moon's surface, Isro said.

The next big test is on September 7 when the spacecraft lands on the south pole of the moon. Tuesday's insertion into the lunar orbit was tricky because if the satellite had approached the moon at a higher velocity, it would have bounced off and got lost in deep space. And had it approached at a slow velocity, the moon's gravity would have pulled it towards it, causing a crash.

The process of landing Chandrayaan 2 on the Moon is very complex since it blasted off at a velocity of 39,240 kilometres per hour, which is almost 30 times the speed at which sound travels through air.

India's most ambitious space mission to date, Chandrayaan-2 had lifted off from the spaceport at Sriharikota in Andhra Pradesh on July 22. The lift-off was successful in its second attempt, a week after it was aborted just under an hour from its launch due to a technical glitch.

The mission stands out because of its low cost, with just about Rs 1,000 crore spent - a much smaller price tag compared to similar missions by other countries. If successful, the mission will make India the fourth country to soft land a rover on the lunar surface after Russia, US and China. The last nation to attempt a soft landing on the Moon, Israel, failed in its mission earlier this year.