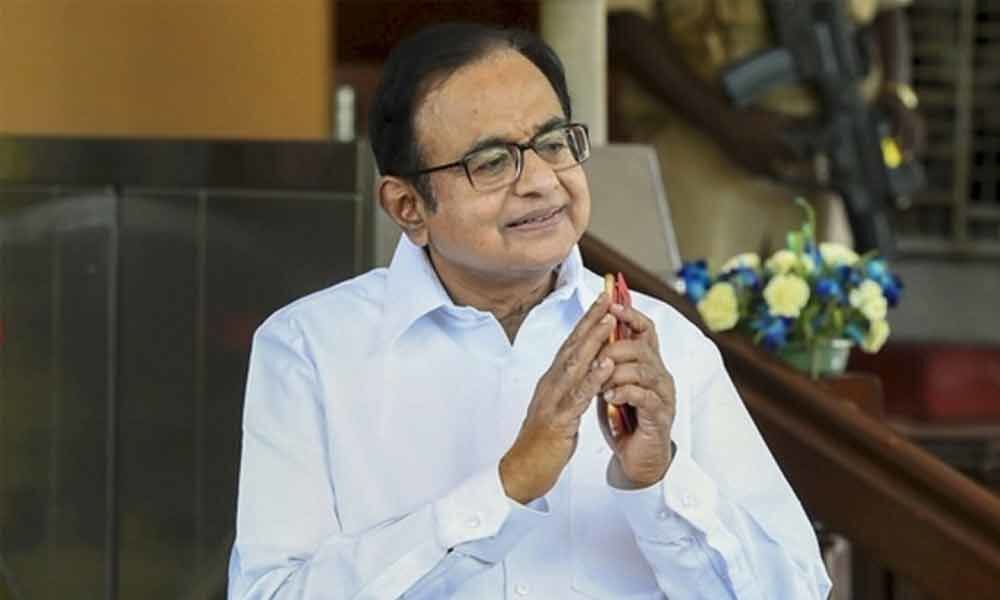 With senior Congress leader and former Finance Minister P. Chidambaram continuing to remain missing after the Delhi High Court refused to grant him...

New Delhi: With senior Congress leader and former Finance Minister P. Chidambaram continuing to remain missing after the Delhi High Court refused to grant him protection from arrest in the INX Media case, the CBI late on Tuesday night pasted a notice on his gate asking him to appear before the investigation officer "within two hours".

Earlier, a six-member team of Central Bureau of Investigation (CBI) and Enforcement Directorate (ED) officials on Tuesday arrived at his Jor Bagh residence one after the other, but could not meet him as he was not at home.

The CBI team reached Chidambaram's residence around 6.30 p.m. and left 10 minutes later. The ED team then arrived at the senior Congress leader's residence at around 7.30 p.m.

Both teams left the premises after confirming that Chidambaram was not present at the address.

When Chidambaram remained untraceable to the investigative agencies for hours, a CBI team returned to his residence and pasted a notice on the gate asking Chidambaram to appear before R. Parthasarthy, CBI Deputy SP, who is probing the case, to record his statement under Section 161 of the CrPC.

The notice posted at Chidambaram house read, "Whereas it appears that you are acquainted with the facts and circumstances of the cases noted below which I am now investigating under chapter XII of the CrPc, you are hereby directed to attend before me within two hours of the receipt for the purpose of the investigation of the case."

Chidambaram is likely to seek protection from arrest from the Supreme Court Wednesday morning.

The CBI is investigating Chidambaram in the INX Media case, which it had registered on May 15, 2017, alleging irregularities in the FIPB clearance granted to the media group for receiving overseas funds of Rs 305 crore in 2007 during his tenure as Finance Minister.

The ED is probing the money laundering case which it lodged in 2018.