Fire breaks out and engulfs building at AIIMS with flames 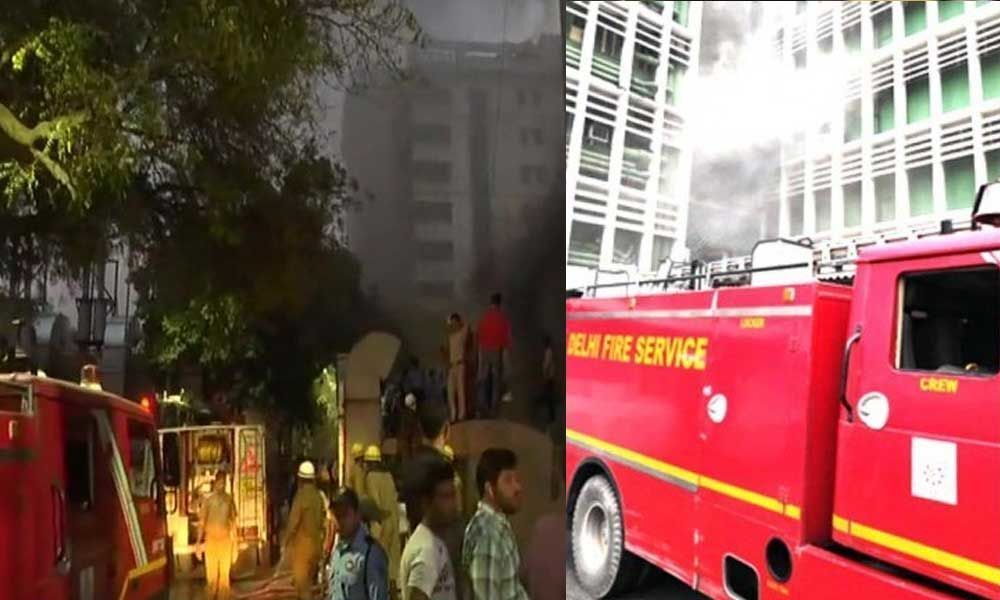 Sources have said that a total of 22 fire tenders reached the spot and have been trying to douse the flames.

NEW DELHI: As per reports, a fire had broken out at the All India Institute of Medical Sciences (AIIMS) in New Delhi. Due to a short circuit on the first and second floors of a building inside the hospital premises.

Sources have said that a total of 22 fire tenders reached the spot and have been trying to douse the flames. Rescue operations are on. There are no reports of anyone being injured in the fire so far.

A video of the fire was shared by a doctor at AIIMS. In the video, the building is seen to be engulfed by massive flames.

Delhi: 22 fire tenders rushed to the All India Institute of Medical Sciences; emergency lab at AIIMS has been shut after a fire broke out near the emergency ward https://t.co/GH89IkDn00

Delhi: 34 fire tenders present at All India Institute of Medical Sciences (AIIMS), after a fire broke out in PC block (a non-patient block) near the emergency ward on the 2nd floor. No causality reported till now. pic.twitter.com/XZ7GKcHxp7