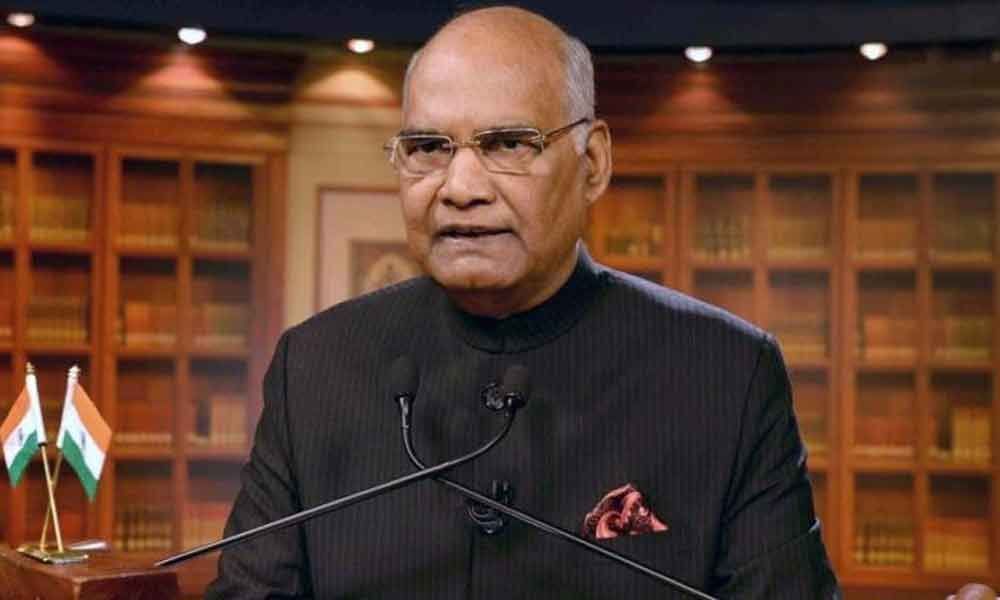 President Ram Nath Kovind on Saturday said health remains a key challenge in India's development, but the Centre was committed to tackle it through...

Wardha: President Ram Nath Kovind on Saturday said health remains a key challenge in India's development, but the Centre was committed to tackle it through its various programmes.

He said lack of access to health services, malnutrition and neglected tropical diseases put severe constraints on the country. Kovind was addressing a gathering on the occasion of the golden jubilee celebrations of the Mahatma Gandhi Institute of Medical Sciences (MGIMS) here.

"As a country with 18 per cent of world population, we carry 20 per cent of the prevalence of global diseases. We are challenged by the triple burden of communicable, non-communicable and new and emerging diseases," the President said.

Our government remains committed to tackle these through the flagship Ayushman Bharat programme and other health missions. Our problems are complex and intertwined with our larger socio-economic challenges," he said.

Kovind said the institution in the last 50 years has made a stellar contribution to the nation's progress, earning immense appreciation and respect for its academic excellence and as much for its service to people.

An institution inspired by the life and teachings of Mahatma Gandhi could have only prospered in the manner, he added. On the occasion, he condoled the deaths of people in the devastating floods in various parts of the country, including Maharashtra.

"My prayers are with the families who lost their near and dear ones. I hope and wish that those affected are able to get back to normal life soon.

I commend the services of the central government and respective state governments for bringing relief in flood-affected areas...," the President said.

Earlier, Kovind visited the Sevagram Ashram here, where Mahatma Gandhi had stayed for over a decade. "The four walls of the humble hermitage have much to teach and inspire us.

As I walked through its courtyard, my mind ran through Gandhiji's struggles and his sacrifice, trying to fathom how much we as a nation owe him. Sevagram Ashram was the centre of many of his experiments with satya, ahimsa and emancipation of humanity," he said.

"The place has a deep imprint of his attachment to cleanliness and health. He began his leprosy programme at the ashram," the President said.

"It was here that he pioneered community work on sanitation, an idea that continues to inspire us as we work for Swachh Bharat and for open defecation free India," Kovind added.