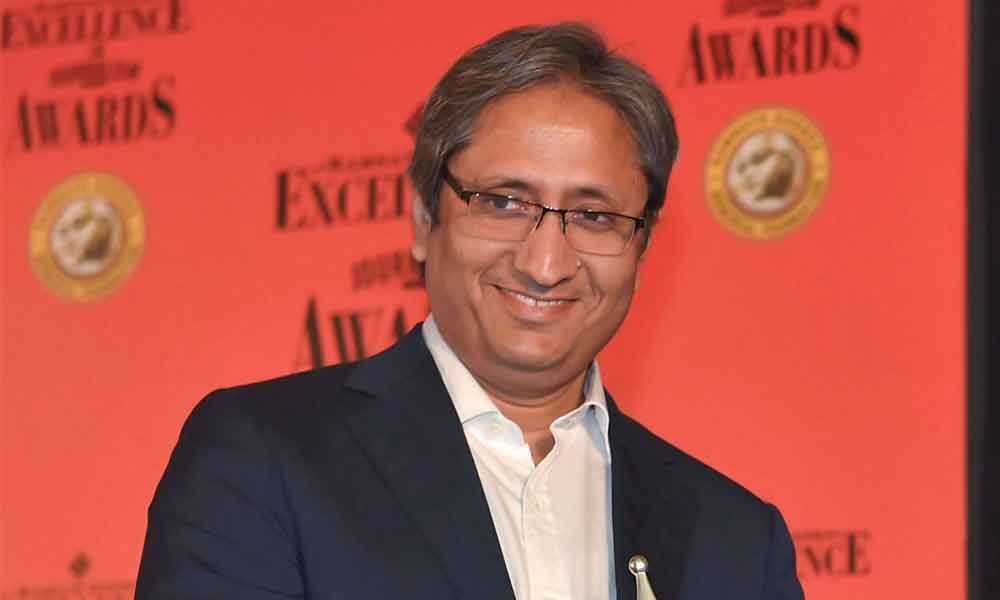 If you have become the voice of the people, you are a journalist – says the citation
Highlights

Senior Indian journalist Ravish Kumar on Friday was awarded this year’s Ramon Magsaysay Award, regarded as the Asian version of the Nobel Prize.

Kumar, 44, who is NDTV India's senior executive editor, is one of India's most influential TV journalists, the award citation by the Ramon Magsaysay Award Foundation said.

He is among five individuals who were declared winners of the award, which is Asia's premier prize and highest honour and celebrates greatness of spirit and transformative leadership in Asia.

Kumar, born in Jitwarpur village in Bihar, joined New Delhi Television Network (NDTV) in 1996 and worked his way up from being a field reporter.

After NDTV launched its 24-hour Hindi-language news channel--NDTV India--targeting the country's 422 million native speakers of Hindi, he was given his own daily show, 'Prime Time'.

Kumar's 'Prime Time' programme "deals with real-life, under-reported problems of ordinary people", it added. "If you have become the voice of the people, you are a journalist," the citation added.

As an anchor, Kumar is sober, incisive and well-informed, it said.

His more important distinction, however, comes from the kind of journalism he represents, the citation added.

"In a media environment threatened by an interventionist state, toxic with jingoist partisans, trolls and purveyors of 'fake news', and where the competition for market ratings has put the premium on 'media personalities', 'tabloidisation', and audience-pandering sensationalism, Ravish has been most vocal on insisting that the professional values of sober, balanced, fact-based reporting be upheld in practice," it said.

Kumar interacts easily with the poor, travels extensively, and uses social media to stay in touch with the audience, generating from them the stories for the programme.

Striving for a people-based journalism, he calls his newsroom "the people's newsroom", it said.

In electing Kumar to receive the 2019 Ramon Magsaysay Award, the board of trustees recognises his unfaltering commitment to a professional, ethical journalism of the highest standards; his moral courage in standing up for truth, integrity and independence; and his principled belief that it is in giving full and respectful voice to the voiceless, in speaking truth bravely yet soberly to power, that journalism fulfils its noblest aims to advance democracy, the award citation said.

The four other winners of the 2019 Ramon Magsaysay Award are Ko Swe Win from Myanmar, Angkhana Neelapaijit from Thailand, Raymundo Pujante Cayabyab from the Philippines and Kim Jong-Ki from South Korea.

Established in 1957, the Ramon Magsaysay Award is Asia's highest honour. It celebrates the memory and leadership example of the third Philippine president after whom the award is named, and is given every year to individuals or organisations in Asia who manifest the same selfless service and transformative influence that ruled the life of the late and beloved Filipino leader.

This year's Magsaysay Award winners will each receive a certificate and a medallion with an embossed image of Ramon Magsaysay facing right in profile.

They will be formally conferred the Magsaysay Award during formal presentation ceremonies to be held on August 31.