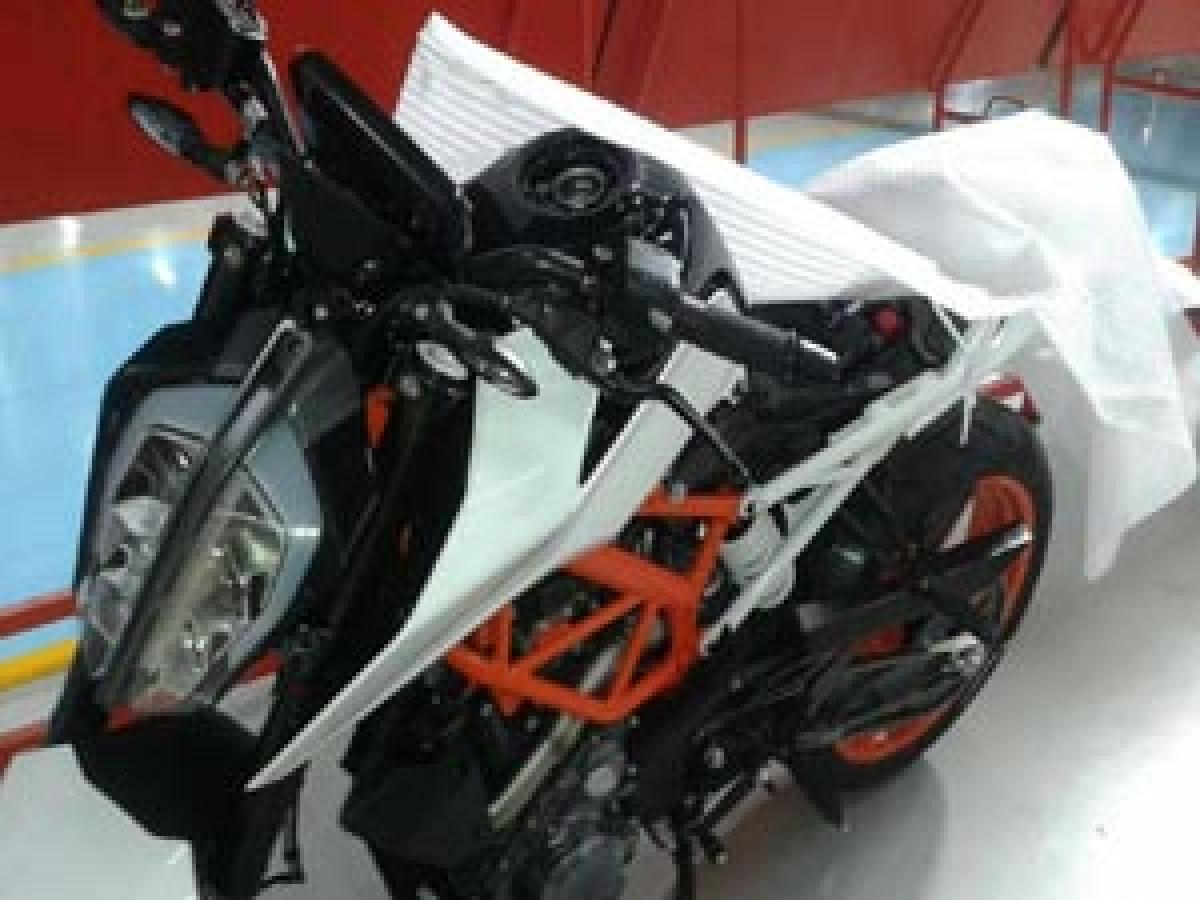 Building on the success of the Duke 200, KTM upped the ante with the 390 in 2013, which also turned out to be a success in its own right. Now, KTM is prepping its 2017 avatar of the Duke 390, which was spied earlier this year while testing in Spain, and now at Bajaj’s Chakan plant.

The second generation KTM Duke 390 has undergone some serious design alterations with an all-new headlight, fairing, tank and front fender. The headlight is split down the middle, which seems to house a twin lamp set up.

The bikini fairing has been stretched out to the front to give the Katoom a meaner look; the extended fairing will also aid taller riders to perfectly lock their knees while riding. The trellis frame gets a new dual tone paint scheme, and the tank geometry also seems to be revised. Its effects on the riding dynamics are still uncertain.

On the mechanical front, the engine on the KTM Duke 390 will be getting an update for compliance with Euro 4 norms. The current Duke 390 makes 43.5 HP of power at 9000 RPM and 35 Nm of torque at 7,000 RPM. The power is expected to increase slightly, and KTM may also give it a juicier top end by pushing the rev-limit higher.

The test mules that were spied in Spain were also seen with conventional exhausts in place of the under belly units on the currently sold Duke 390. There are also rumours of a second balancer shaft in the cylinder head to counter act the engine forces, which will reduce vibrations.

The production of the 2017 KTM Duke 390 is set to begin by October this year for foreign markets and the motorcycle is expected to be launched in India next year. As for pricing, there have been no concrete reports yet, but thanks to its tie up with Bajaj, the Duke 390 is sure to give other brands a nightmare.