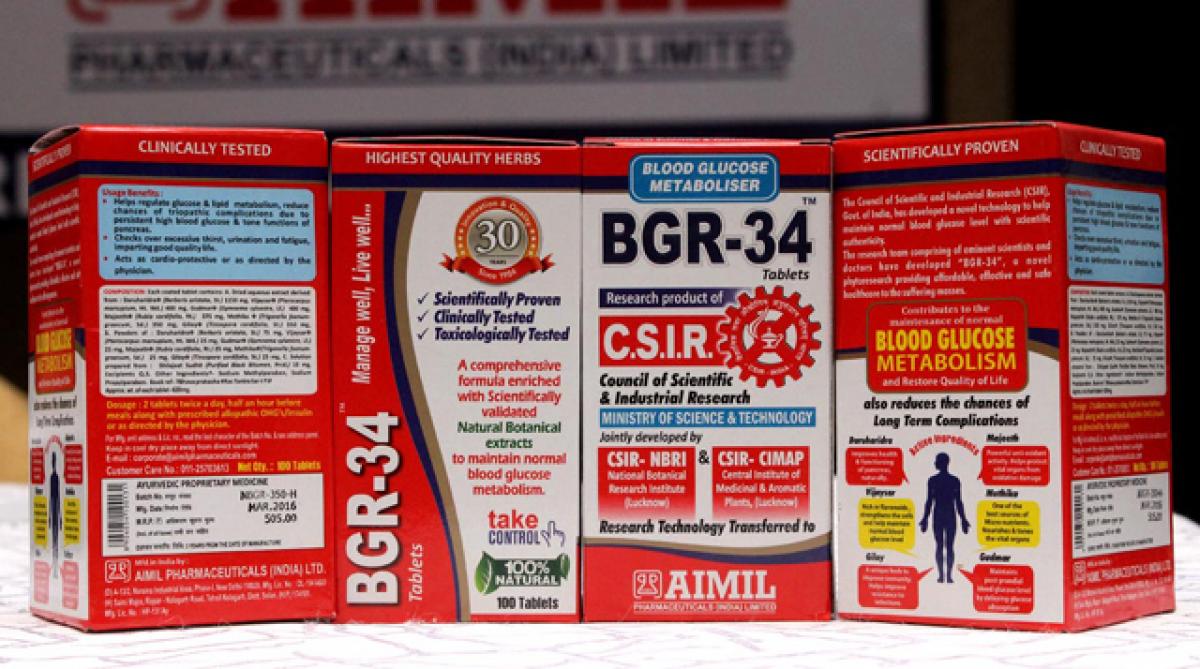 The Council for Scientific and Industrial Research (CSIR) launched BGR-34 - country’s first anti-diabetic ayurvedic drug with DPP4 inhibitory Activity. BGR-34, designed for type 2 Diabetes mellitus, which has been scientifically validated for its efficacy and safety.

BGR-34 is developed jointly by National Botanical Research Institute (NBRI) and Central Institute for Medicinal and Aromatic Plants (CIMAP), the research units of CSIR, Govt. of India situated at Lucknow. Passing its larger benefits to people, BGR-34 has been economically priced at Rs 5 per tablet as compared to latest DPP4 inhibitors globally. BGR-34 is now available on all major chemist counters of India.

Speaking on the occasion Dr AKS Rawat, Sr Principal Scientist, CSIR-NBRI said, “Six crores of the adult Indian population has been found to be diabetic and there is no effective solution for diabetes as yet. We are sure that eminent medical professionals will recommend it to their patients suffering from type 2 Diabetes mellitus for quicker and consistent response.

CSIR's premier research institutions have developed and established the efficacy of BGR-34. The modern diabetes drugs are known for side-effects and toxicity while BGR-34 works by controlling blood sugar and limiting the harmful effects of other drugs."

For the purpose of quality commercial production and extended distribution, Aimil Pharmaceuticals (I) Ltd has been transferred the rights and technical knowhow to produce and market it for medical use. KK Sharma, Managing director of AIMIL Pharmaceuticals, said "We are happy to be partner with institutes of such repute for passing on its benefits to the people.

We have decided to launch this marvellous anti-diabetic product in the brand name BGR-34, standing for Blood Glucose Regulator with 34 identified active phyto-constitutents from herbal resources.”