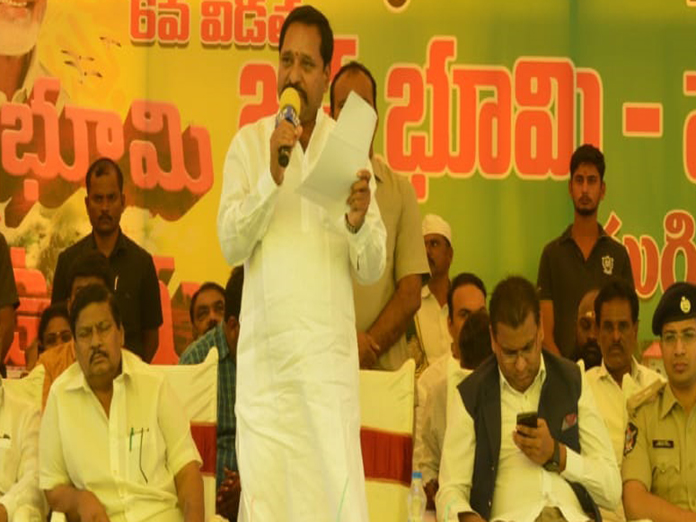 To provide a permanent solution for drinking and irrigation water shortage in Rayalaseema region, the State government is committed to complete the...

Chittoor: To provide a permanent solution for drinking and irrigation water shortage in Rayalaseema region, the State government is committed to complete the HNSS and GNSS projects on priority basis, said Minister Amaranatha Reddy.

He participated in the valedictory of the 6th phase of ‘Janmabhoomi-Maa Vooru’ programme at DSA Grounds here on Friday. Addressing the gathering, the Minister said Chief Minister N Chandrababu Naidu is making efforts to complete the Polavaram Project, the biggest one in India, in record time.

He came down heavily on Prime Minister Narendra Modi for not fulfilling the promises of the AP Reorganisation Act. He alleged that the YSRCP is obstructing development in the State. Enlisting the achievements of the State government in the last four-and-a-half years, the Minister claimed that 4.5 lakh educated youth were getting Rs 1,000 as monthly assistance. Chittoor MP N Sivaprasad described the Chief Minister as ‘Apara Bhagiratha’.