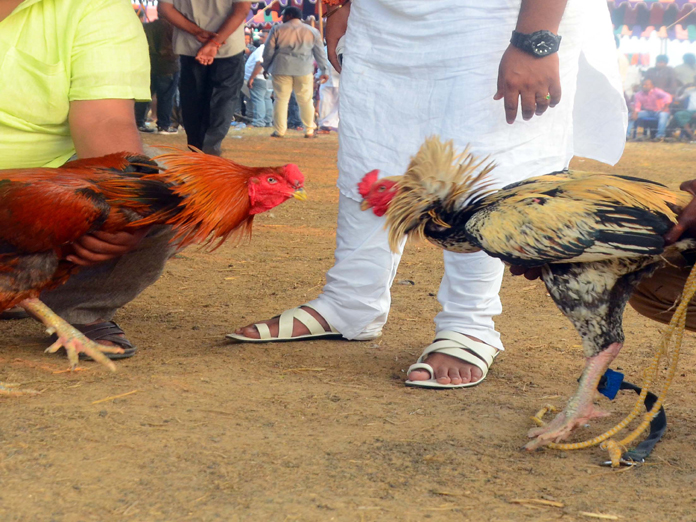 The threeday Sankranti festival has become a moneyspinning event in the state Though traditional celebrations should be encouraged, but in the name of tradition, new events which encourage gambling are creeping into the celebrations as most of the organisers are converting it into a commercial activity

Vijayawada: The three-day Sankranti festival has become a money-spinning event in the state. Though traditional celebrations should be encouraged, but in the name of tradition, new events which encourage gambling are creeping into the celebrations as most of the organisers are converting it into a commercial activity.

Another highlight of this year’s Sankranti celebrations was fight between specially-bred and trained Rams. Teams were even named as Hyderabad team v/s Andhra team. In Eluru, indigenous casino was seen for the first time this year.

There was a time when pehalwans used to participate in competitions but over a period of time, cockfights got greater prominence to display the valour of the village. The roosters are of special breed and trained to fight. Knives are tied to their legs and crores of rupees change hands in name of betting. Though the High Court had banned using knives, the rule is implemented more in violation.

This Sankranti was no different. Disobeying the orders, the organisers successfully conducted cockfights in as many 30 Assembly constituencies mostly in the three districts of Krishna, East and West Godavari on Monday, the first day of the three-day Sankranti celebrations.

It is estimated that betting to the tune of about Rs 50 crore took place on the first day of the celebrations. Many visitors and punters from faraway places like Rayalaseema and Telangana took part in the game.

It is estimated that more than 10,000 people visited Eedupugallu village under Penamaluru Assembly constituency near Vijayawada on Monday. Visitors to these celebrations rued that Gangireddulu and Haridasulu were missing. However, they said arrangements wise, things had changed a lot and apart from systematic crowd control, even some organisations were supplying free lunch at some venues.