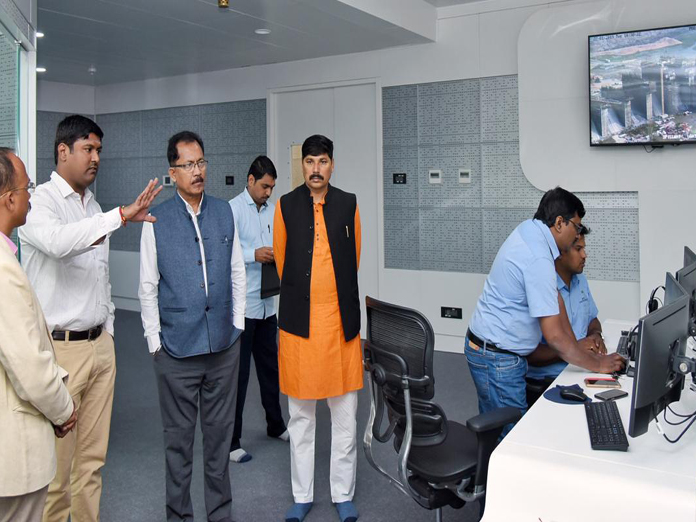 Amaravati: Assam State Revenue Minister Bhabesh Kalita was all praise for Real Time Governance Society at Amaravati and said that it was exemplary. A team of officials headed by the Minister visited the RTG State Command Centre at the Secretariat at Velagapudi on Tuesday.

Bhabesh Kalita said that the government is extending wonderful service to the people through RTGS. "It is a wonderful experience and we learnt a lot here," he added. Principal Secretary of Assam Revenue department Lalit Gogoi said that the government is collecting happy index from the people after implementing various welfare schemes which is very exemplary. He complimented Chief Minister N Chandrababu Naidu for setting up such wonderful institution.

Earlier, RTGS Director Ananta Krishnan explained the working of the RTGS to the Assamese team. He said that people could submit their grievances through 1100 call centre. So far, they have received 1,79,48,897 complaints from people and 90 per cent of them were resolved.

The weather could be predicted exactly with the help of Aware department, he said and added that the administration could predict exactly where the cyclone would cross the land and the district administration would be alerted to avoid loss of life and property.

Citing example of cyclones of Phethai and Titli, he said that not a single death was reported in Phethai cyclone and the loss was minimised during the Titli cyclone. He informed the Assamese team that the cyclone victims were paid compensation of Rs 520 crore within a month with transparency.

The government collected the details of each family through a survey and welfare schemes were being implemented effectively with the help of that data, he said.

He said that the State of Andhra Pradesh is an attractive place for investment for entrepreneurs and secured the first place in ease of doing business in the country. Assam MLA Narayan Dekha, Revenue deputy secretary Mukut Phukan, Officer on special duty Ranjit Majumdar and others were present.