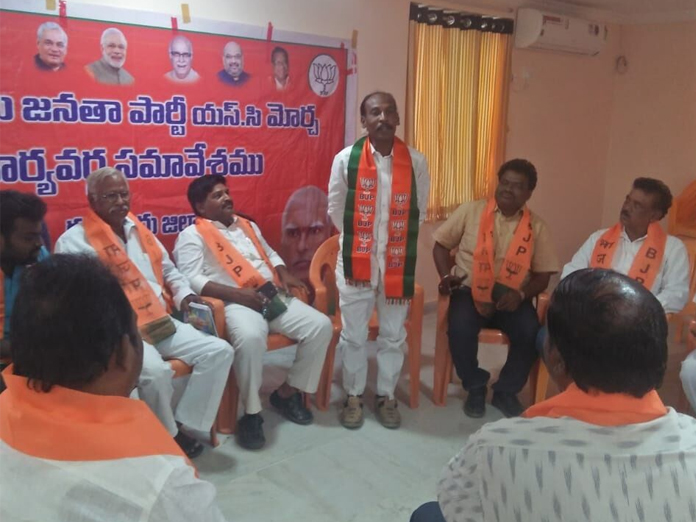 He addressed BJP Kisan Morcha activists meeting held in the party district office here on Sunday. Speaking on this occasion, he reminded that crop insurance scheme for farmers would be of great help to them.

He asked them to conduct campaign about welfare schemes and development works taken up by the Modi government.

He urged the party activists to condemn the false propaganda of the TDP government.