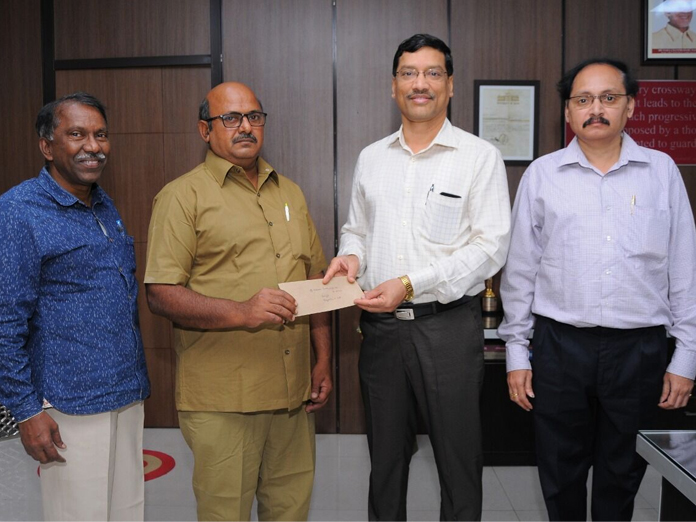 Surendra Babu rewarded Murthy with a cash prize for his bravery and commitment while discharging duties on Sunday in the presence of Vijayawada Zone executive director and regional manager.

It may be recalled here that on January 23, a passenger travelling from Kodad to Vijayawada gave a fake Rs 500 currency note to the conductor Murthy to buy a ticket.

After issuing the tickets to all the passengers, the conductor noticed the fake currency note and asked the passengers who had given it.

However, no one responded. Then the conductor tactfully directed the driver to take the bus to Kanchikacherla police station.

When the bus stopped at the police station, the culprit tried to flee the place.

But the conductor with the help of police caught the culprit and handed over to the police and gave a complaint to the police.