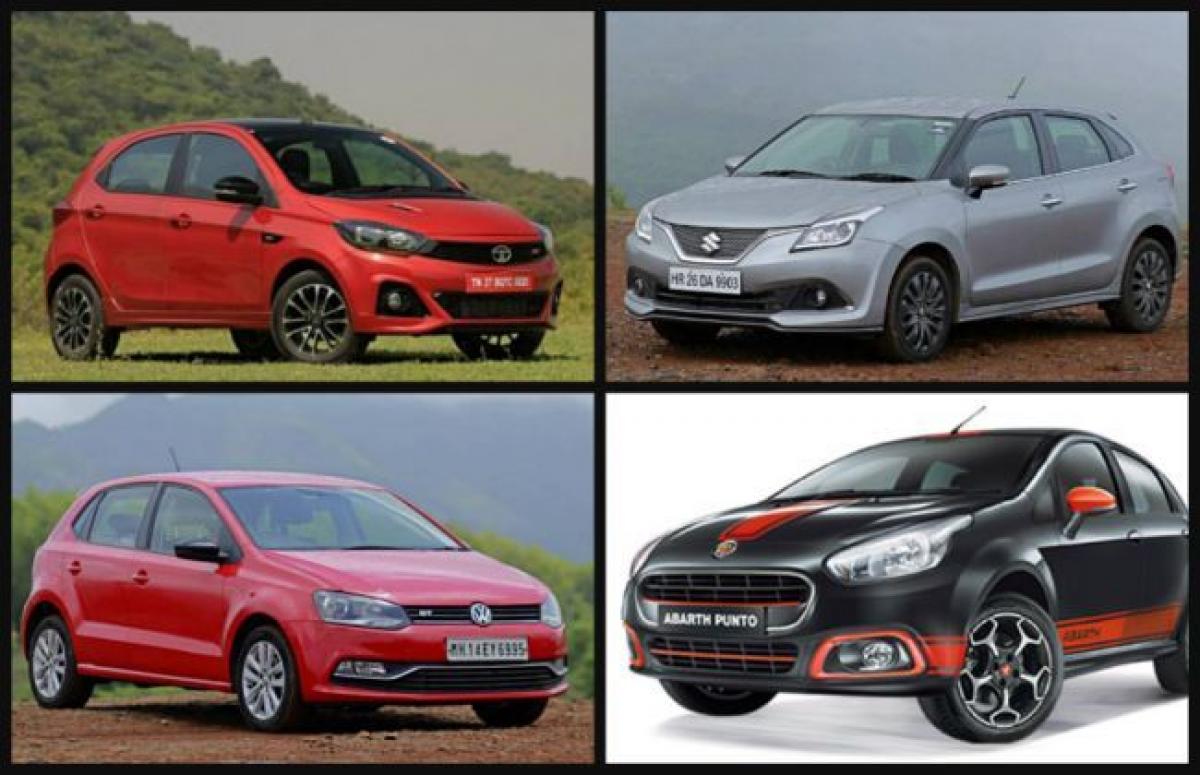 The affordable hot hatch segment gets a new player, but how well is it equipped to take on the established rivals? We take a look at what the figures s...

The affordable hot hatch segment gets a new player, but how well is it equipped to take on the established rivals? We take a look at what the figures say

Tata Motors has joined the hot hatch segment in the Indian automotive market with the launch of the new Tiago JTP. It is one of the first products from their partnership with Jayem Automotive, hence the ‘JTP’ suffix, which stands for Jayem Tata Performance.

While not a crowded niche, there are quite a few strong contenders in the performance hatchback segment, all priced under Rs 10 lakh. The Tiago JTP will go head to head with cars like the Maruti Baleno RS, Fiat Abarth Punto and Volkswagen Polo GT TSI. All these cars are go-faster versions of their mild-mannered siblings. We take a look at the specs to see how the Tiago JTP fares against its competition.

The chart above confirms that the Tiago JTP is the smallest car in this niche segment in terms of length, width and wheelbase -- but it also is the tallest. The Polo GT TSI is the shortest of the four while the Baleno RS is the widest and longest car with the longest wheelbase as well. The Abarth Punto, meanwhile, rides closest to the ground.

All the contenders here offer more than 100PS of power. The Tiago JTP is the second most powerful but is tied for peak torque with the least powerful Baleno RS. The Polo GT TSI takes the middle ground here while the Punto Abarth has the biggest engine with the most power and torque to offer.

However, the weight of the car is also relevant when it comes to performance and while Fiat does not specify any kerb weight for the Abarth we assume it to be on the heavier end from the weight of the regular Punto models (1,144kg). Meanwhile, the Baleno RS is the lightest of the lot. Except for the GT TSI where the engine comes mated to a 7-speed DSG automatic, all these cars come with a 5-speed manual gearbox.

These performance models are usually offered at a premium over the standard model they are based on and tend to be well equipped. In terms of safety, all of them are equipped with front airbags, ABS with EBD and seatbelts with pretensioners and load limiters. But only the Fiat and the Maruti offer disc brakes for all four wheels. The Tiago JTP gets 15-inch wheels, same as the Polo GT TSI, while the Baleno RS and Abarth Punto ride on 16-inch wheels.

You can read our first impressions of the new Tata Tiago JTP here. You can also read the comparison test between the Baleno RS and the Polo GT TSI here, and the Abarth Punto review here.

Happy Birthday Sunil: A Horror Glimpse From His Next Movie S5
We use cookies for analytics, advertising and to improve our site. You agree to our use of cookies by continuing to use our site. To know more, see our Cookie Policy and Cookie Settings.Ok