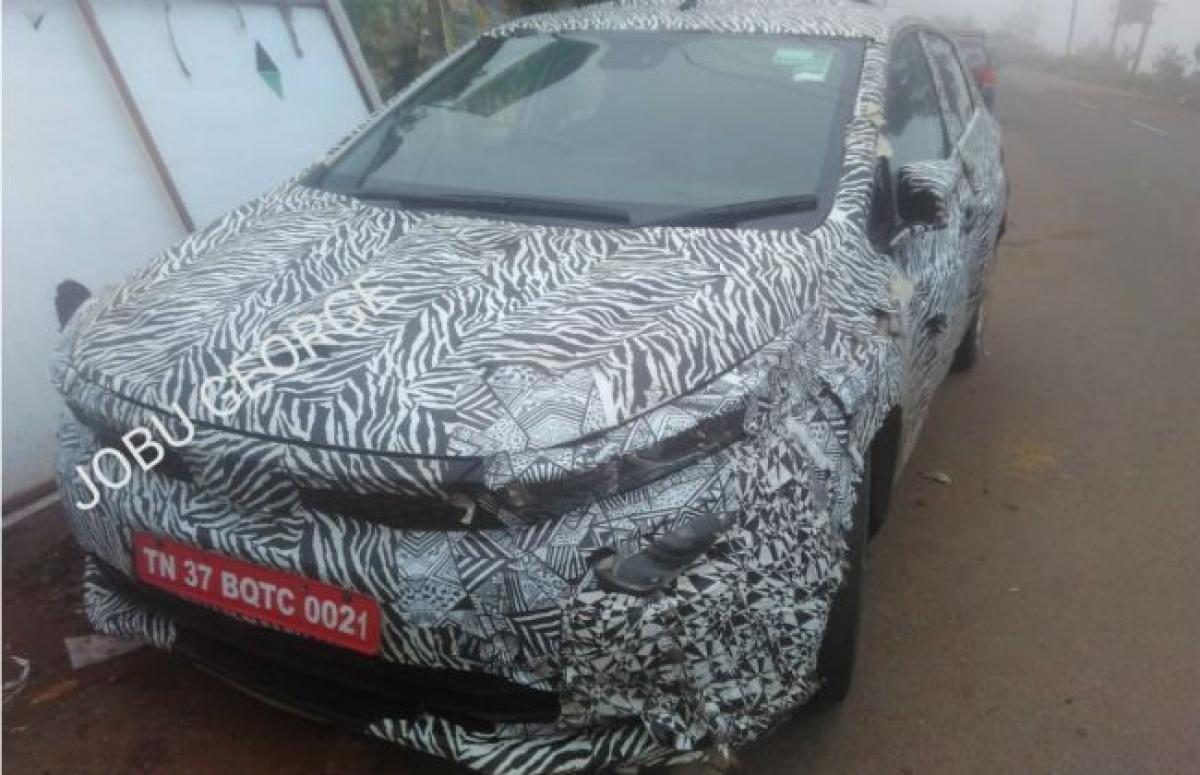 New spy pics reveal details like headlights, tail lamps and alloy wheels Will feature IMPACT Design 2.0 philosophy and is based on the new ALFA...

While the Tata Harrier is in the limelight right now, the Tata 45X-based hatchback continues testing under the radar. The premium hatchback has once again been spied testing in a production-ready form with some pronounced design elements which seem to bear resemblance to the concept seen at the Auto Expo 2018.

Based on the ALFA-ARC architecture, the Tata 45X is expected to be a sub-4m vehicle unlike the concept model. While the hatchback, codenamed 45X, is properly camouflaged, we can see the IMPACT 2.0 honeycomb mesh grille and side-swept headlamps, similar to the concept. Also visible are the fog lamps, which are placed very close to the headlamps.

The 45X has a swooping roofline like the concept and stylish looking alloy wheels which seem to be 16 inchers. At the rear, you can see sleek wraparound tail lights, rear wiper and what seems to be an integrated lip spoiler, seen on the Tata Tiago as well.

There is no concrete information regarding the interior layout and features yet, but it could get a new 8.8-inch touchscreen which comes with Android Auto currently with Apple CarPlay expected to be added at a later stage. A JBL sound system just like several new Tata vehicles is also expected to be thrown into the mix. The instrument cluster could be an analogue-digital unit similar to the one seen on the Harrier, so information from the infotainment screen can be relayed on the MID i.e. straight in the driver’s line of sight.

The engines on offer are expected to be the 1.2-litre, 3-cylinder turbocharged petrol motor and 1.5-litre diesel unit from the Nexon. Transmission options might include a 5-speed manual along with an automatic option as well. The 45X-based hatchback is expected to have a performance-oriented JTP version as well. Not just the 45X, but all future Tata cars will be taken into consideration for a respective JTP model.

The Tata 45X is expected to be revealed in mid-2019 and priced at around Rs 5.50 to Rs 9 lakh (ex-showroom Delhi). This will be tata’s first-ever foray in the premium hatchback segment where the 45X will lock horns with the Maruti Suzuki Baleno, Hyundai Elite i20, Honda Jazz and the Volkswagen Polo.