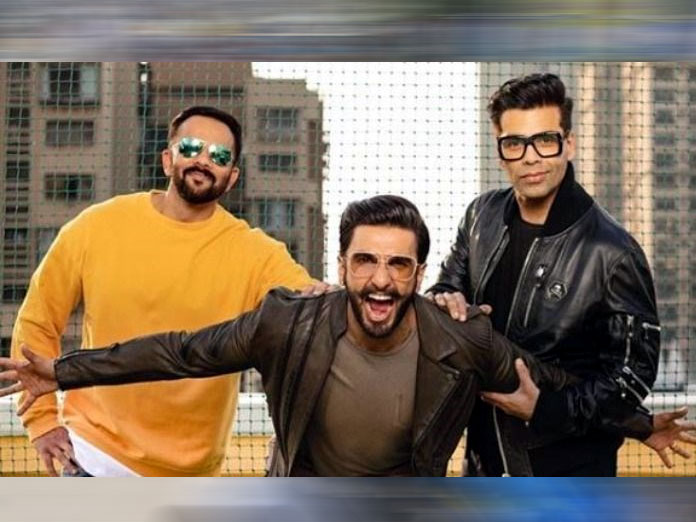 Ranveer Singh who is currently enjoying the success of Simmba says working with the team spurred tremendous growth in him as a performer.

The actor also credited the success of ' Simmba ' to the director Rohit Shetty's vision.

In a statement, Ranveer said, "I want to thank Rohit Shetty for believing in me and making me his hero. Rohit's vision propelled by the collective effort of his entire team has been the sole reason behind 'Simmba' hitting the bullseye. It has been an absolute honor to work with him and his stellar team. Their large-hearted mentoring and exemplary work ethic has spurred tremendous growth in me as a performer.

Talking about his varied roles in two different releases he said, "As an artiste , I have always wanted to entertain audiences, at the same time offering something new to them with every film, with a constant endeavour to push myself to evolve as an actor. With ' Simmba ' again, I was doing something absolutely new, thus adding a new dimension to my repertoire," he added.

Rohit Shetty's ' Simmba ', an action-comedy drama , revolves around a corrupt police officer who eventually stands up against rapist .