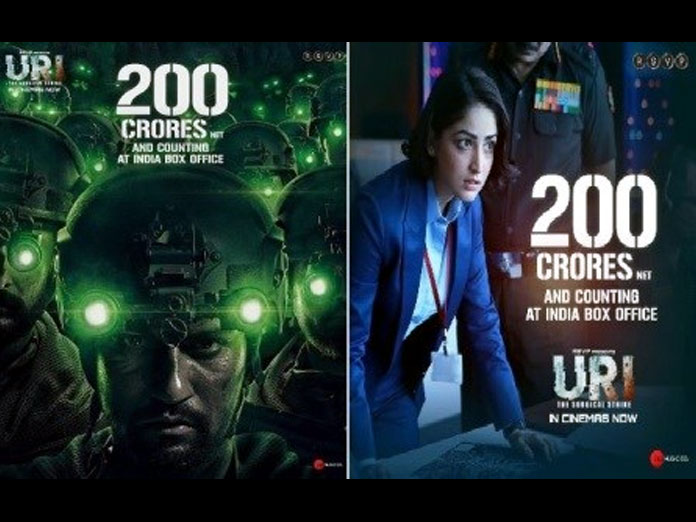 URI is a dramatized account of the retaliation to the 2016 Uri attack; the film follows Major Vihaan Singh Shergill of the Indian Army, who plays a leading role in organizing it.

Yami Gautam, who plays the role of an army intelligence officer in the film also tweeted, “Not just a movie but a wave of emotion that runs through everyone! Overwhelmed with all the love! #URITheSurgicalStrike #HowsTheJosh @vickykaushal09 @SirPareshRawal @RonnieScrewvala @AdityaDharFilms @RSVPMovies @ZeeMusicCompany”

Several movies were released during its run but none was big enough to give it even a small competition. And with this, it has become the first medium budget movie to go this far.

Uri: The Surgical Strike is written and directed by Aditya Dhar in his debut, and produced by Ronnie Screwvala under the banner of RSVP Movies.