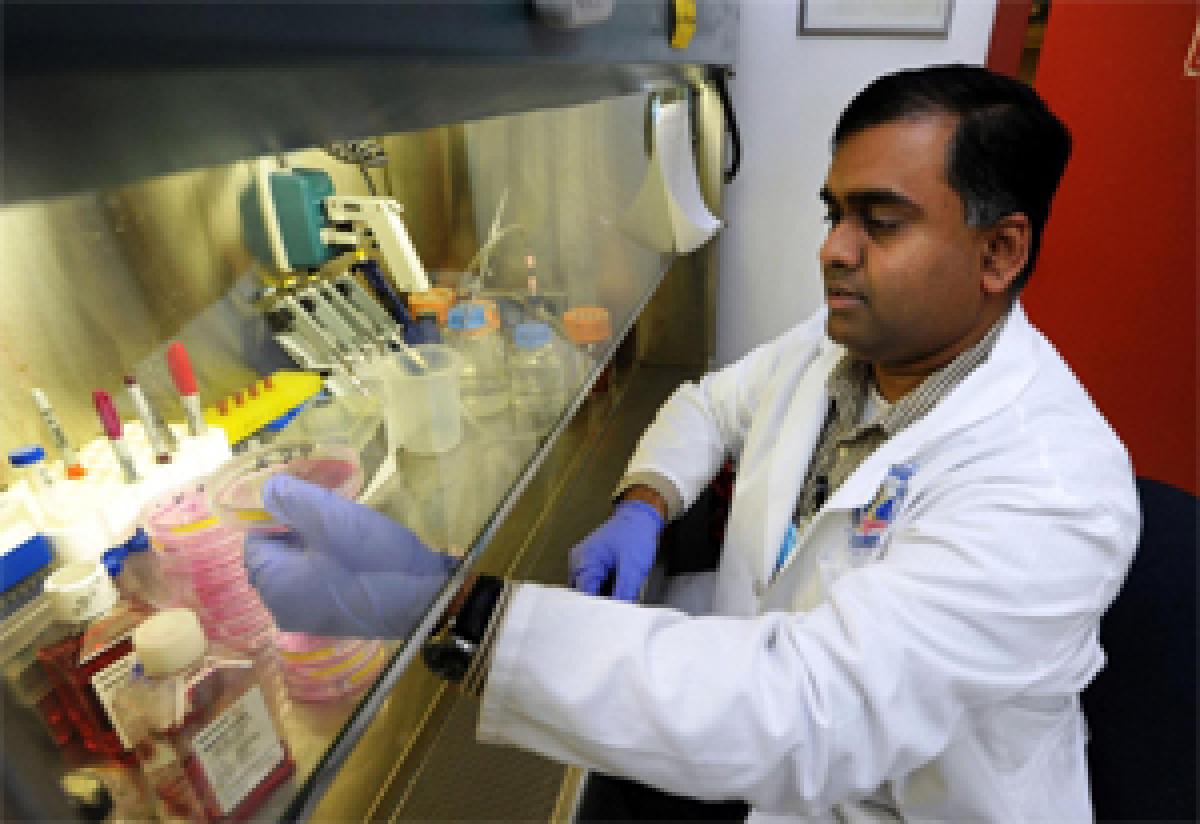 Potential Treatment For Fatal Lung Diseases Identified. Researchers including an Indian American have discovered that the drug triciribine may...

Washington: Researchers including an Indian American have discovered that the drug triciribine may reverse or halt the progression of pulmonary fibrosis and pulmonary hypertension, two fatal respiratory diseases.

Pulmonary hypertension involves an increase of blood pressure in the arteries of the lung that can lead to heart failure.

"Our tests show that treatment with triciribine can halt disease progression and may even reverse some of the damage to lung tissue," said Somanath Shenoy, associate professor at the University of Georgia's College of Pharmacy and co-author of the study that appeared in the British Journal of Pharmacology.

The researchers used mouse models that mimic the disease characteristics of pulmonary hypertension and pulmonary fibrosis in humans to study the effect of triciribine.

The drug inhibits production of a protein called Akt1.

Once the mice began to exhibit symptoms of disease, they injected the mice with triciribine once daily for a period of three weeks.

The characteristic scarring and loss of lung vasculature was slowed in every mouse and the lung tissue of some mice began to return to normal.

"To our knowledge, this is the first direct evidence that Akt1 causes disease onset and progression of pulmonary fibrosis and pulmonary hypertension," Shenoy said.

"We have also tested this process in human cells taken from diseased lung tissue and noted very similar results."

The researchers tested their hypothesis further by examining genetically modified mice that do not possess the Akt1 pathway.

None of these mice developed disease symptoms, further implicating Akt1 as the primary cause of disease.

"We still need to identify the downstream effects of Akt1 inhibition to see if there are any negative side effects. But if these tests go well, we hope to begin human trials within the next three to five years."