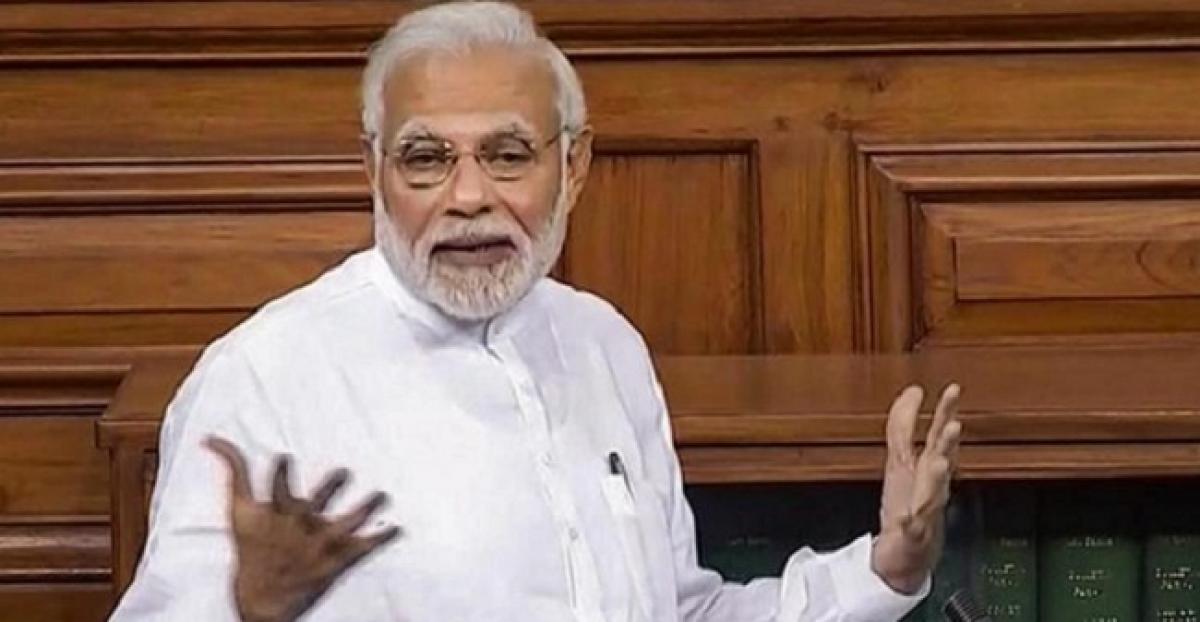 The Congress on Tuesday gave notices for breach of privilege against Prime Minister Narendra Modi and Defence Minister Nirmala Sitharaman in Lok Sabha...

The notices were given over statements made by PM and Defence Minister in LS during debate on no-confidence motion on July 20.

New Delhi: The Congress on Tuesday gave notices for breach of privilege against Prime Minister Narendra Modi and Defence Minister Nirmala Sitharaman in Lok Sabha for "misleading" the House on the Rafale deal issue.

The notices were given over the statements made by PM Modi and Nirmala Sitharaman in Lok Sabha during the debate on the no-confidence motion on July 20.

"The Prime Minister has along with the defence minister deliberately mislead the House, it is, therefore, requested that this notice of breach of privilege be accepted and referred to the privilege committee for further proceedings," the notice against the Prime Minister says.

The Prime Minister in his speech endorsed the defence minister's claims, which contradicted the reply of his Minister of State for Defence in Lok Sabha on November 18, 2016 and in Rajya Sabha on March 19, 2018, the notice says.

The Prime Minister's claim of transparency in the 2008 confidentiality agreement with France is factually incorrect, untrue, and deliberately made with the intention to mislead the House, according to the notice.

The Prime Minister and his cabinet, as per the Constitution, are collectively accountable to Parliament and through it to the people of the country, it says. The minister had knowingly and intentionally misled Parliament by withholding the information that the government is obliged to reveal to Parliament, the notice against Nirmala Sitharaman says.