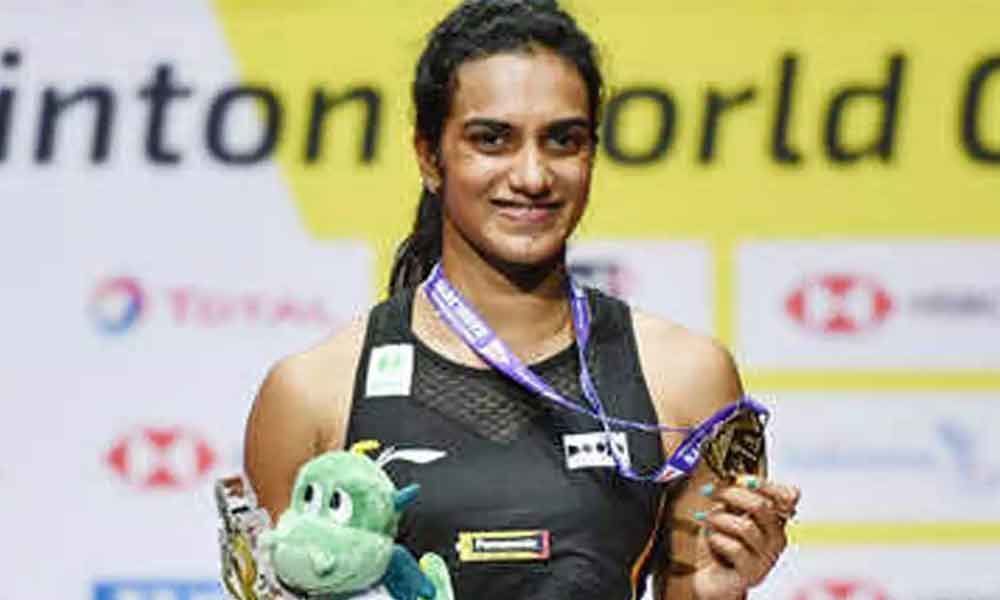 Sindhu Pusarla won decisive victory over Nozomi Okuhara in the finals of the BWF World Badminton Championship played at Basel in Switzerland on Sunday.

Sindhu won the straight sets against her opponent. The game was one-sided right from the beginning. Sindhu has dominated the game all the way. Okuhara, who plays an aggressive game, appears to be out of her form. At the same time, Sindhu played an attacking game.

Sindhu won the first set 21 to 7. She won the second set also with the same score. She played in the World Championship finals for the third time in a row. She lost twice earlier.

Speaking after the match, she thanked her coach, Pullela Gopichand, and wished her mother a happy birthday. She finished the final match in just 38 minutes, with Okuhara committing many unforced errors. Sindhu's smashes had no answer.

Even before stepping on to the court for the finals, Sindhu has equalled the record of Zhang Ning by winning 5 medals in the World Championships.

Congratulations @Pvsindhu1 for winning the BWF World Championship. This is a proud moment for the entire country.

Your magic on the court, hardwork and perseverance enthralls and inspires millions. Best wishes World Champion for all your future battles #PresidentKovind

Congratulations to her for winning the Gold at the BWF World Championships. The passion and dedication with which she's pursued badminton is inspiring.

Historical Victory! Congratulations @Pvsindhu1 for becoming the first Indian to win the gold medal at #BWFWorldChampionships. Dominated right from the start and finished like a true champion. 👏👏

Heart congratulations to the newly crowned world champion PV Sindhu! Proud to see you become the first Indian to win gold at the #BWFWorldChampionships! Even sky is not a limit for you Amma! #PVSindhu #BWFWC2019 pic.twitter.com/oYYxIMveBy